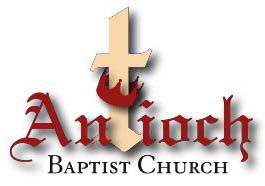 The Antioch Baptist Church was a non-incorporated organization that was known to consist of Deacon George Williams, Deacon Clarence Johnson, Sister Lillian Johnson, Reverend Benne Baker, Sister Mary Hall, Sister Mamie Travis, Sister Eva Bryant, Sister Rosa Franklin, and Sister Hollen Jackson. These members sought leadership at a time when the Black contribution of the “City of Churches” began to be felt through the proliferation and growth of Black churches in Brooklyn. It was then that Reverend Moses Prophet Paylor, D.D., (1877-1958), a native of Mebane, North Carolina, was called. This zealous minister is credited with founding and organizing the Antioch Baptist Church in 1918. With his small congregation and a small investment, Reverend Paylor rented the church at Fleet Street for a short period of time. As membership and finances grew, Antioch’s first real estate, the parsonage and church building, was purchased from the Concord Baptist Church congregation at 163 and 165 Duffield Street (now MetroTech) in Downtown Brooklyn.

Reverend Paylor, a native of Mebane, North Carolina, had arrived in New York State circa 1910, attended school in White Plains, and became a student at Columbia University. He was an active member of the Empire State Missionary Convention, the Baptist Ministers Conference of Greater New York and Vicinity, the National Baptist Convention, USA, Inc. and a charter member of the Eastern Baptist Association of Brooklyn and Long Island, which held its first meeting at the Antioch Baptist Church in 1922. Educated at Columbia University, Clayton Williams University of Baltimore, Maryland awarded Reverend Paylor the honorary degree of Doctor of Divinity (1922) in recognition of his many achievements.

From 1918 to 1931, Antioch’s finances increased and its membership surged. By November 27, 1944, Antioch had paid its last indebtedness in full and the mortgage was burned in a two week ceremony. It wasn’t long before Antioch needed a new home. In 1950, the congregation took a walk and didn’t stop until they reached 828 Greene Avenue between Lewis and Stuyvesant Avenues. The Greene Avenue Baptist Church (with a rich history of its own) was purchased and became the new Antioch Baptist Church. Reverend Paylor served faithfully for 40 years and was called home from the pulpit on Sunday, March 2, 1958, as he rose from his seat to deliver the word. He was 81 years old. He left having enriched the lives of many and having led Antioch to become one of Brooklyn’s prominent African-American congregations.

An up and coming young minister, Reverend George Lawrence (1928-1983) was called as Antioch’s second pastor. He served from 1959 until his death in 1983. A native of Winston-Salem, North Carolina, he lived in New York as a child, attended the Divinity School at the University of Chicago, and was ordained to the ministry in Dayton, Ohio.

Reverend Lawrence was a close associate of the late Dr. Martin Luther King, Jr. and held many prominent positions, including Northeastern Regional Director of the Southern Christian Leadership Conference, Director of Communications and a founder of the Organization of African-American Clergy, and Director of Public Information for the International Freedom Mobilization Against Apartheid in South Africa. Reverend Lawrence was well known as a journalist, commentator, community activist, and civil rights leader. He is remembered for support of the National Association of the Advancement of Colored People and the Urban League. During his tenure, leaders and notables of the time poured through Antioch’s doors. Civil rights leaders Reverend Martin Luther King, Jr., Reverend Ralph Abernathy, Congressman “Keep the faith baby” Adam Clayton Powell, Julian Bond, and Congresswoman Shirley Chisolm (first African-American and woman nominated for U.S. president) came. Politicians such as New York’s Governor Nelson A. Rockefeller (whose family originated the Greene Avenue Baptist Church), and New York Mayor John V. Lindsay came. African-American celebrities in many fields such as “Queen of Soul” Aretha Franklin, Ossie Davis, Ruby Dee, Jackie Robinson, and Langston Hughes came to Antioch. After 25 years of service and a short illness, Reverend George Lawrence slipped from Antioch and this world on November 29, 1983.

Antioch’s third minister arrived from Lynchburg, Virginia in the form of Reverend Phillip E. Elliott. Reverend Elliott assumed the pulpit in May of 1986 with the exuberance of youth, a love and gift of preaching and teaching, and a warm spirituality. With him came his family, wife Sheila Deans-Elliott, sons Byron and Brandon; and daughter Philesha. Reverend Elliott has a degree in business administration from Elizabeth City State University in Elizabeth City, North Carolina. He earned his Masters in Divinity from Virginia Union University School of Theology in Richmond, Virginia, and was conferred with a Doctorate of Divinity from Virginia Seminary and Theological College in Lynchburg, Virginia.

During his leadership, Antioch Place (a housing partnership) sprung up behind the church, Antioch Community Services was formed, and Antioch’s ties to the Eastern Baptist Association were strengthened. Spiritual education was broadened through conference and Bible studies. Others things of note during his tenure was the reinstatement of the Scouting Program, the start of an annual Christmas Toy Drive, the Golden Agers (seniors program), a Prison Ministry, a Meals-on-Wheels Program, and the use of the Neighborhood House by a Narcotics Abuse Program. It was also during this time that the Antioch Baptist Church and Neighborhood House was recognized with Landmark Preservation status on November 20, 1990. Reverend Elliott received a call to the Antioch Baptist Church of Hempstead. Antioch bid him a fond farewell in the summer of 1994.

Antioch’s fourth pastor, Reverend D. Darrell Griffin, came to us having served as the Assistant Pastor of the Abyssinian Baptist Church in Harlem, New York under Dr. Calvin O. Butts, III. Since preaching his trial sermon in 1988, Reverend Griffin had established a glowing record of church and community involvement from senior citizen program and youth empowerment to economic development and cultural awareness. Born in Kenosha, Wisconsin, he is a graduate of Morehouse College in Atlanta, Georgia (Bachelor of Arts, 1987). Subsequently, he received a Master of Divinity from Harvard Divinity School in Cambridge, Massachusetts in June of 1992. To help combat youth violence, Rev. “Dee” had formed Breakfast Clubs (youth intervention programs) in Washington, DC and Cambridge, MA. He served as the Executive Director of Fred Samuel Community Center operated by the Abyssinian Baptist Church, was a member of the Harlem YMCA, Northern Manhattan Perinatal Partnership, and the Adolescent and Family Comprehensive Services. He also served on many other boards, agencies, and committees.

Reverend Griffin’s installation at Antioch took place on May 4, 1997, although he had assumed the pulpit on the first Sunday in January of 1997. Under his readily accepted motto, “Let us rise up and build” (Nehemiah 2:20) Reverend Griffin began to do just that. There were roof repairs and a new boiler was installed. Architects had been called in to determine what it would take to restore a building of Antioch’s age and status. Soon thereafter a Capital Building Fund was established with members stepping forward to finance Antioch’s future. The church building was being repaired so that it could continue to serve as a place where people could worship and where souls could be restored and saved. Reverend Griffin returned to the mid-west in 1999 to lead the congregation of Oakdale Covenant Church in Chicago, Illinois.

In 2001, Under God’s direction, Antioch soon found a new leader, Reverend Dr. Robert M. Waterman, to fill Antioch’s pulpit. Rev. Dr. Robert M. Waterman, the son of a Pentecostal preacher, was born in Brooklyn, New York. As a young man, he was reared in Hemingway, South Carolina. Also, he was steeped in both Pentecostal and Baptist traditions. In 1985, he was licensed to preach by Abundant Life Tabernacle. He was ordained Pentecostal and re-ordained Baptist at Union Baptist Church.

WANT TO GET INVOLVED?

Some of our ministries that you might enjoy being involved in are: Antioch Development Corporation, Antioch Christian Recovery Ministry, Youth and Adult Choirs, and dance with our Liturgical Ministry.

Are you interested in uplifting and advocating for our community and it's members? We welcome you to join our Antioch Community Services and development, Christian recovery ministry, as well as our other ministries dedicated to supporting family and our neighborhood.

This is a great way to get to know members.

Join our technical and video team.